My cancer was cancer, plain and simple. 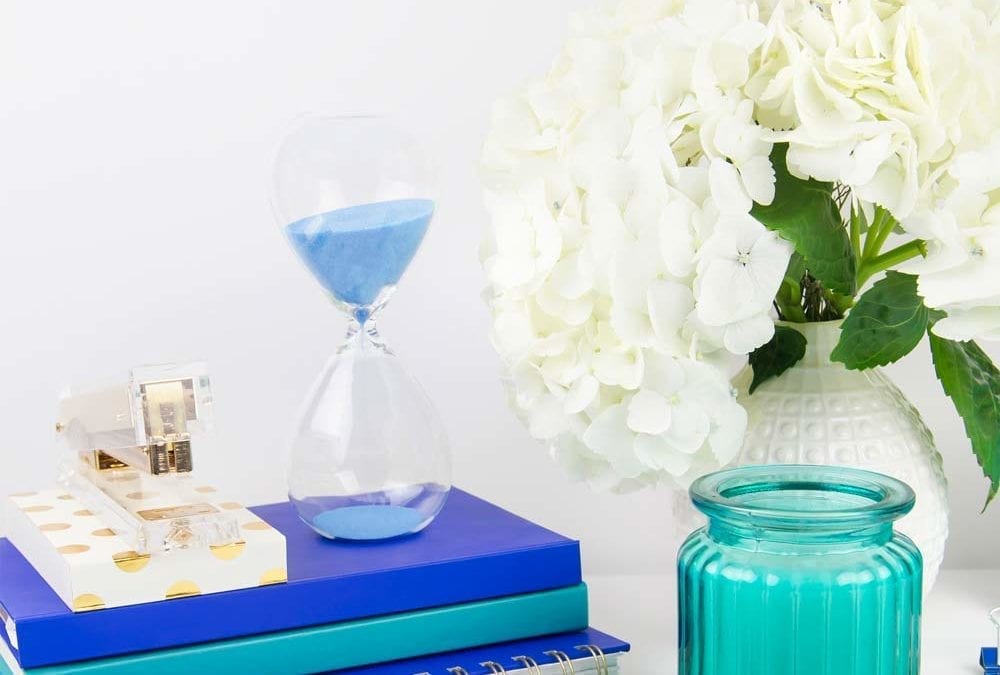 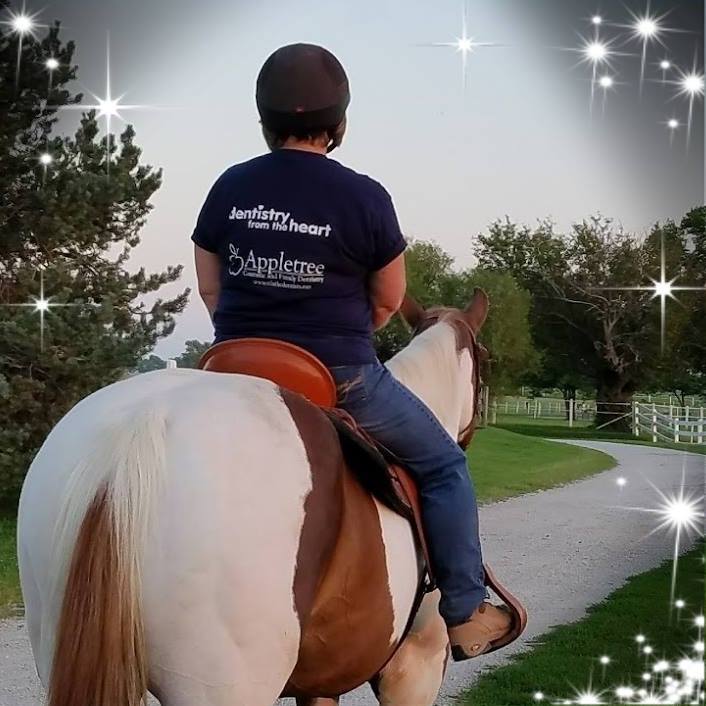 It has always been in the back of my mind and has taken me several years to write about my personal life-altering experience with cancer. I only wish to tell my story and not to detract or minimize any other individuals experience with the seriousness of cancer and how it can forever change your life.

It’s been three years since my tumor was removed and I was told I had cancer. It’s heartbreaking and unsettling to hear people say, “you really didn’t have cancer, you just had a tumor removed”.

I assure you, it was very real and very frightening.

I first felt the little lump while I was taking a shower.

It was tiny and barely noticeable. I didn’t know what it was or what it could be, but one terrifying word flashed in my mind, the one word nobody wants to hear: cancer. What else are you supposed to think when you feel a lump in your skin?

I scheduled a doctor’s appointment a few months later with my family doctor and mentioned the lump to him. He told me that since the lump was small, it was probably just fatty tissue and I shouldn’t worry about it unless something changed. Feeling slightly relieved but with lingering worry, I left his office with an answer: I shouldn’t worry unless something changed. But something did change.

I went back to my normal life, but the lump didn’t go away. A year later, it tripled in size, going from the size of a grain of rice to feeling like a pistachio-sized object under my skin. I went back to the doctor, who sent me to a specialized gynecologist, who then sent me to an oncologist/gynecologist. After a few test and thorough exam, she ordered surgery for me. This gynecologist told me that removal of the lump was necessary and immediate.

By the time the first surgery came, my little lump had grown to the size of a strawberry. I affectionally called it “my nugget” to try and make light of everything, but I was scared. I was afraid that I was about to lose everything – my ability to sit, stand, stretch and feel pleasure. I was scared I was going to lose my clitoris – or my “happy button,” as I liked to call it. Making jokes about it was the only way I could cope with the situation without crying.

On the morning of October 19, 2015, at the Shawnee Mission Cancer Center, my surgical procedure known as a partial vulvectomy was performed. My little nugget was located in my vulva.  (A partial vulvectomy removes a portion of the vulva and any affected underlying tissues.)

Recovery was quick, and my doctor discharged me from the Cancer Center that same day. On November 4th, 2015 at 4:16 pm, I received the report on my surgery. What I found out would change my life forever.

Cellular angiofibroma is a benign, highly cellular tumor that appears in the vulva or the scrotum of a patient. However, sarcomatous differentiation is also known by the name sarcomatoid carcinoma, which is “a family of poorly differentiated non–small cell carcinomas that show or giant cell differentiation.” 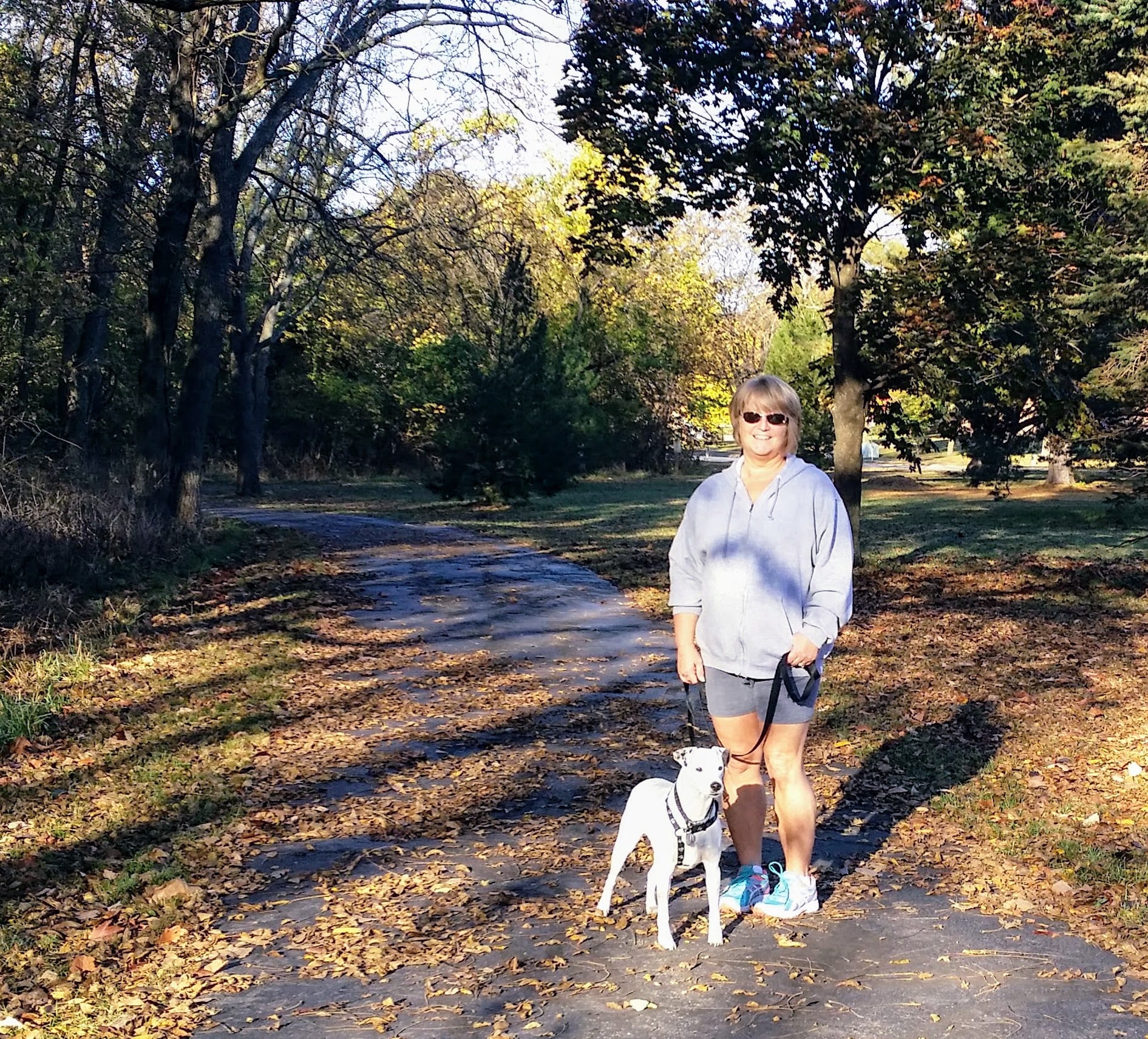 According to the report, physicians at the Cleveland Clinic reviewed my case and confirmed that my little nugget was a rare form of cancer that doctors had found in only 13 other people. This report confirmed what I feared most, what my first doctor denied, and what I suspected was true from the beginning.

With the release of the report, my doctor called again. She told me I had to have a second surgery to ensure my tumor did not spread to any surrounding tissues. Since the tumor was cancerous and very rare, my margins had to be clear. I agreed to the second surgery, but I felt terrified and anxious. Life altering news seemed to be all coming at once, my brother-in-law became a victim of a senseless homicide the night before and I had a positive diagnosis of cancer. I found myself caught between supporting my husband and grappling with the shock of a cancer diagnosis. 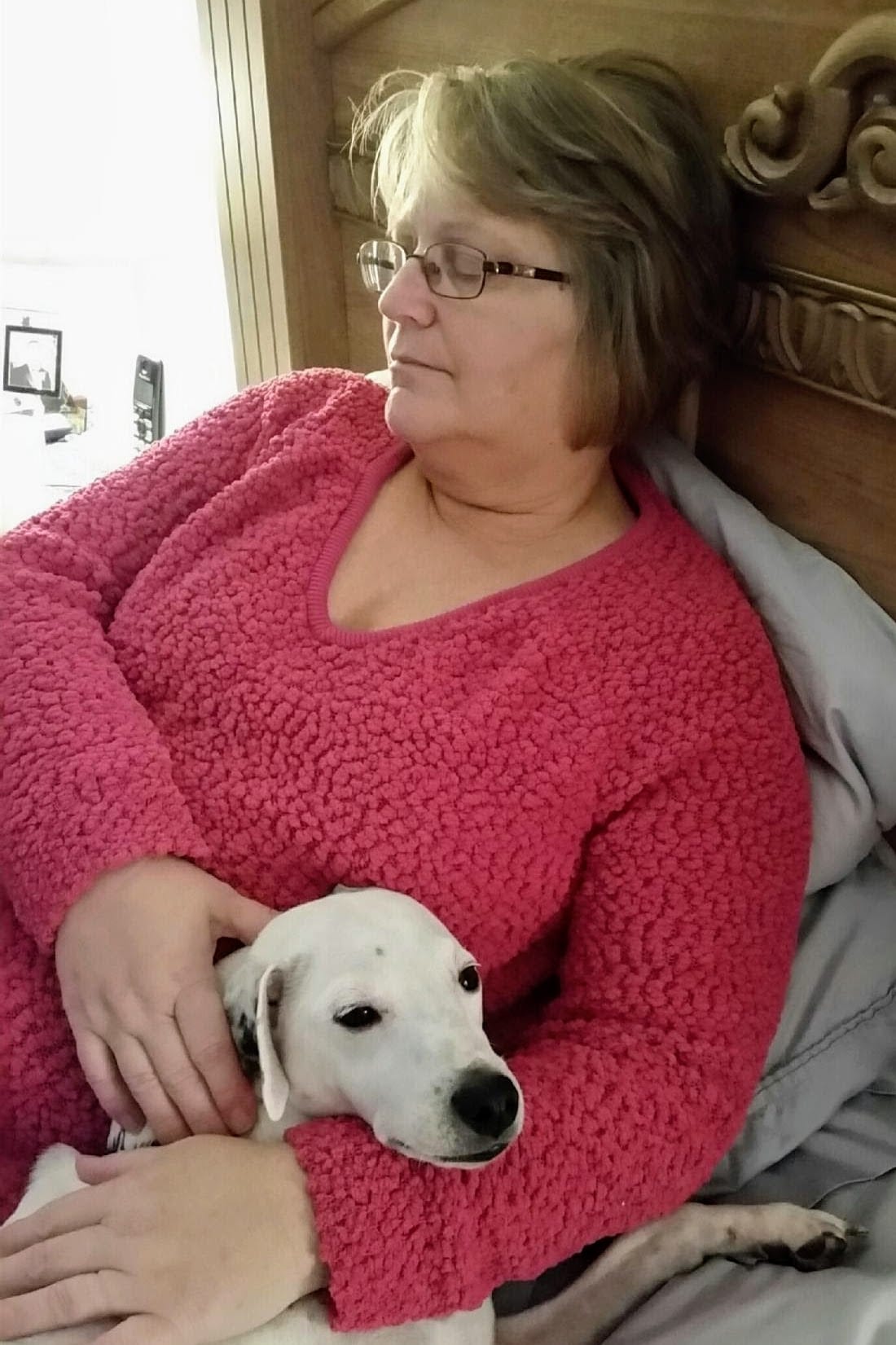 I woke up from the surgery in a haze and asked if I still had my “happy button.” Thankfully, the surgeons were able to save it, but they did have to remove a lot of tissue around the area.

With my first surgery, the recovery was relatively quick. Sitting, stretching, and other daily activities were difficult but manageable. My second surgery was much more invasive. I had to have more stitches and my entire body hurt. When I asked why my body hurt so much, she explained a little more about the procedure and how they have to position your body to perform the procedure. Imagine being hung like a piece of meat with your legs above your head and suspended, I think you get the picture. Everything became much more difficult. I couldn’t stand or sit without pain or discomfort. I can’t ride my horse like I used to. I had to take time off for my recovery, losing some clients along the way as if I was now damaged goods or somehow wasn’t going to be able to do my profession as well anymore.

When we received the last pathology report, it said “No Malignancy” – meaning I was cancer free. The relief that came over me was overwhelming and joyous. I became a cancer survivor – but that meant facing long-lasting challenges I didn’t expect.

It’s been three years since my tumor was removed. I still struggle with the memories, the fear, the anxiety, and the trauma of this experience every single day. My doctor said it would take time to fully recover. I can’t say with any certainty I am even to that point yet

My life has changed drastically because of my cancer. I can’t ride my bike, sit for a long time, or even stand comfortably. I’ve felt like I couldn’t talk about my cancer because it involves a woman’s “personal area” – but it’s still hard and upsetting for me to feel as if I should be quiet about my cancer experience.

I shouldn’t be silent about my cancer, because I had nothing to be ashamed of. My cancer was cancer, plain and simple. Some say that I didn’t “really” have cancer because I didn’t do chemotherapy or radiation – even though radiation is never the treatment if margins can be cleared and other tumors aren’t present, as in my case. Many people confuse the terms cancer and tumor, and use them interchangeably, but it’s important to note that tumors form from abnormal cellular growth in solid tissues like organs or bones. Tumors can be cancerous growths, but not all are. Facing any type of tumor or cancer can be a scary prospect.

My cancer was a very rare type, one that most people have never heard of. Everyone knows about breast cancer awareness month, when pink ribbons invade just about everything, but there are so many other types of cancer out there, some of them quite rare. I hope that by sharing my story I can shed a light on some of these rarer cancers, especially the ones that may be uncomfortable to talk about. Perhaps another life can be saved, or someone out there can feel less alone in their cancer. 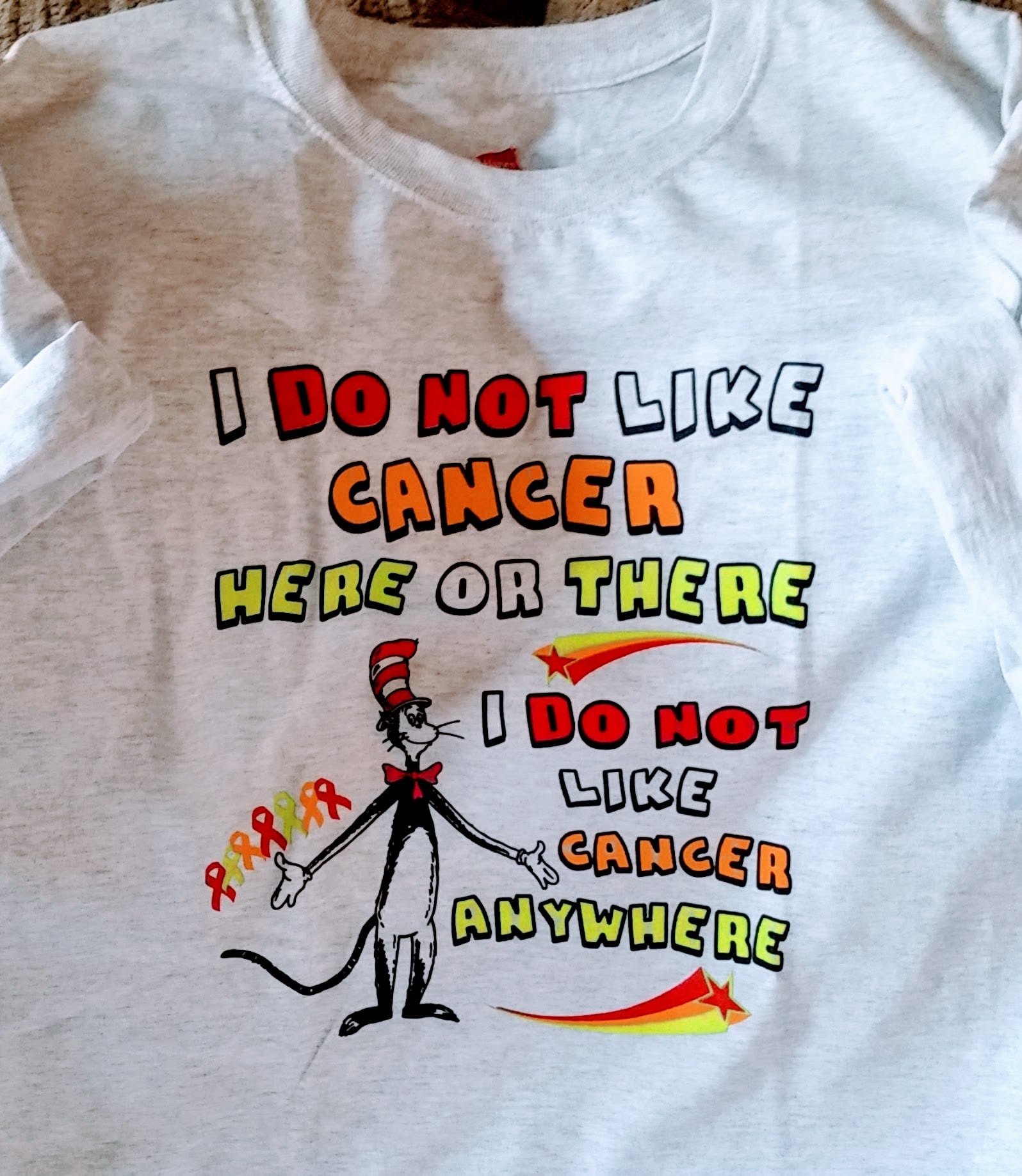 We had heard the statistics of 1 of 2 men and 1 out of 3 women will have cancer of some sort in their lifetime. We had purchased a cancer policy, mainly because of my husband and his profession as a locomotive engineer and also a licensed insurance agent. We never thought I would be the one who would being using the benefits from it. Our policy benefits allowed my husband to stay home as much as possible and to help with my slow recovery from the second and more invasive surgery.

It is a blessing that my husband and children were unfailingly supportive throughout my experience, but I know not everyone has the same kind of strong support system. My wish is for other women to know that it’s okay to talk about cancer, even if it’s in an “uncomfortable” place. We should not be ashamed of our bodies and our cancers. My experience was scary and life-altering, but I beat it.

I am a cancer survivor. I am a survivor of cellular angiofibroma. I carry this experience with me every day.

And I will survive for many, many more years to come. 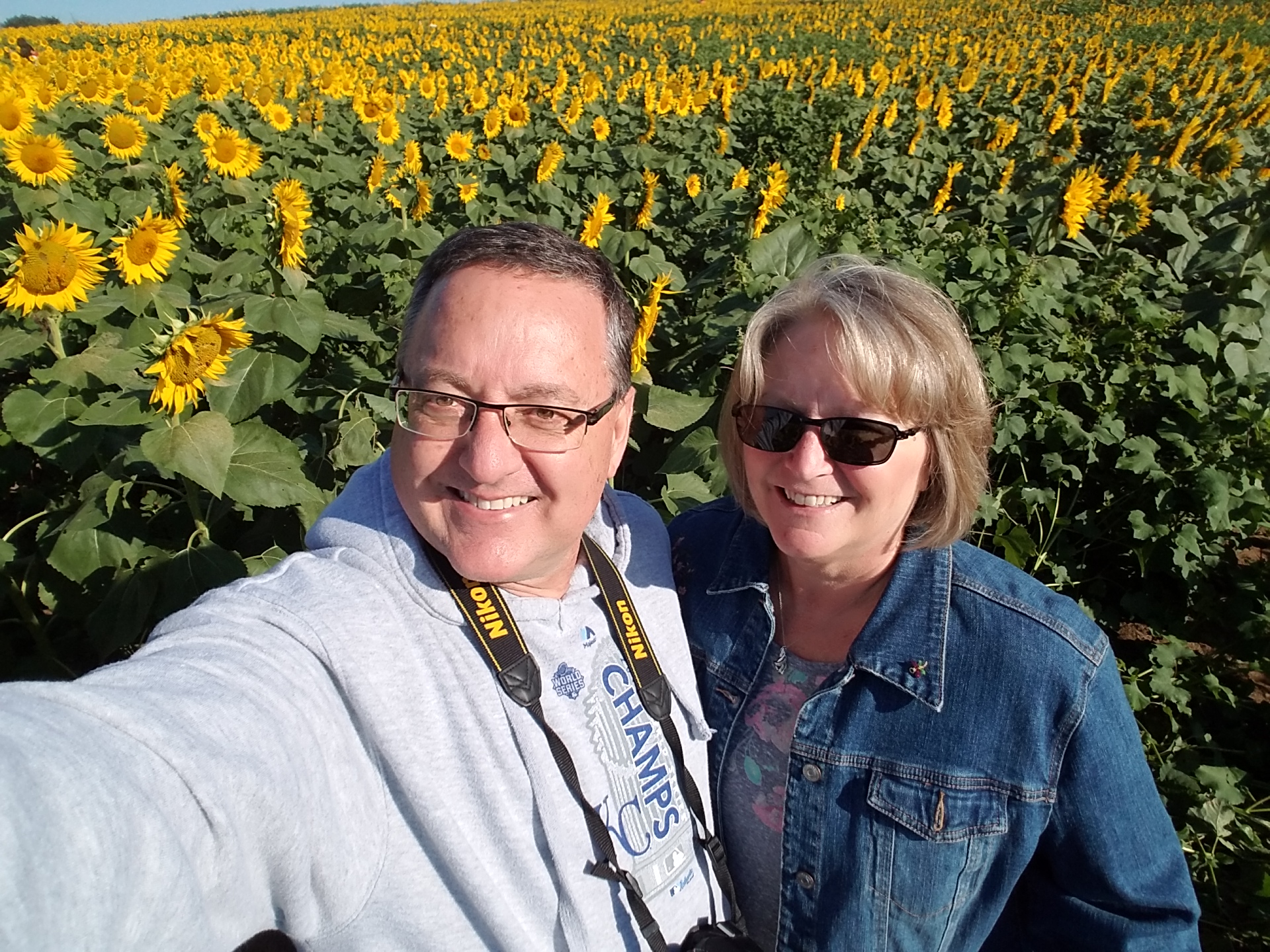